The Calm Before The Storm

So… it’s time I explain what this project is all about and where things are headed. It has been a busy few months not working on the game, but that’ll be changing soon.

Until recently I had been working on Before by myself, in my spare time. However, I’m very happy to say that I will no longer be tackling this ambitious project alone, having enlisted the help of good friend (and vastly superior programmer) Päl Trefall.

Together we have been working towards a refined prototype of the game, based on my early experiments.

So, how will it play?

The game controls much like a real-time strategy or “god” game, though I think of the player as more collective conciousness than deity. You command members of your fledgling tribe to perform various actions and pursue goals; moving around the landscape, hunting animals and gathering resources.

The core of the experience is survival; guiding your tribe through their life in an often dangerous world. Ensuring that they find food, keep an eye out for dangerous predators and find a safe place to sleep each night.

As the tribe grows, so will their desire for somewhere to call home. Deciding where to settle down is the first step, before gathering wood for the fire and materials for building.

The game is open ended and somewhat of a sandbox. Should your tribe die out, the game is over. At present, we plan to have “collective permadeath” as our default setting. 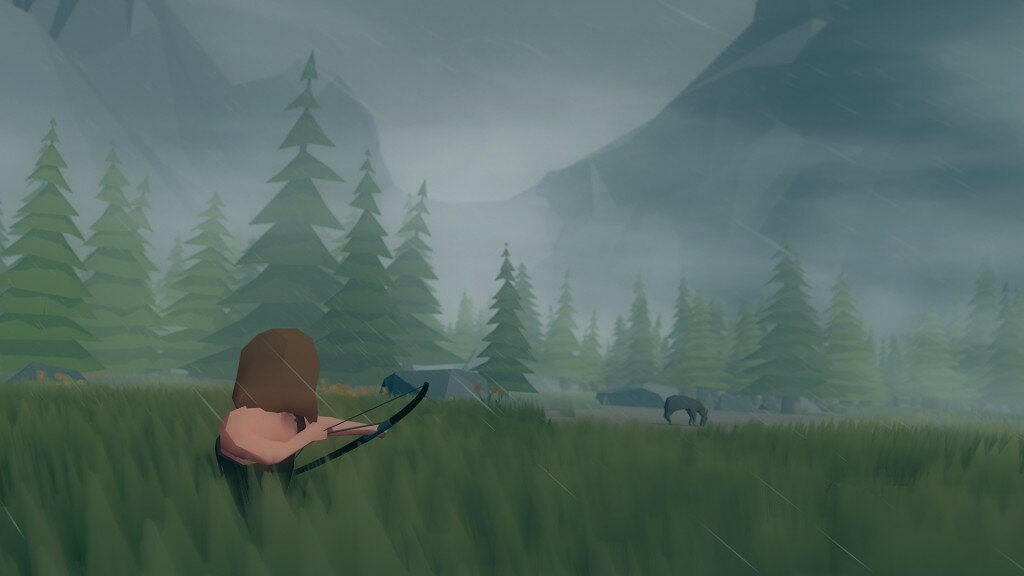 Each creature in the world has some basic simulation which determines behaviour; eating when hungry and sleeping when tired. As time passes, creatures grow older and will eventually die of natural causes, though it is more likely they will be killed by a predator.

At this early stage the tribe’s AI is fairly basic; you are responsible for most of their behaviour, and that of the other creatures in the world is simple. A herd of elk may flee at the sight of approaching hunters, but a hungry pack of wolves may chance their luck in a fight.

Beyond the core theme of survival, the scope of the game design is quite broad. We want each player’s tribe to feel unique; the culture they develop and the mark they leave on their surroundings serving a visual history of the time spent playing.

You’ll be free to explore the world with your tribe; building boats to cross the seas, descending into underground caves, unearthing mysterious artefacts, even discovering other tribes. I’ll be talking more about these ideas future posts.

Our plan is to refine the prototype before launching a Kickstarter campaign around the end of April. To make this game a reality, I need the time to work and money to pay other people for theirs, Kickstarter seems like the best opportunity to move things forward, hopefully we’re not late to the party!

Thanks for reading!
– Bill