Firstly, I’m sorry if you’ve been anxiously awaiting an update, we’ve been busy working on the game, but it doesn’t always bring shiny new things. I’ve also been busy travelling across America with Jenny, having spent some time in NYC and Chicago, we’re now in San Francisco for GDC.

My first GDC has been amazing, San Francisco is a beautiful place and I can’t wait to come back. The panels, talks, parties and lunches in the park have been inspiring, galvanising and immensely positive, especially after the past year and the ugliness which has clouded the industry. I’ll leave GDC today loving games and wanting to make them more than ever.

Meanwhile, Pal has been toiling away on data persistence, or how we save, load and otherwise handle game data. Ensuring that we have a robust solution here is important and we want to make sure that saved games will be compatible as we keep working on the game, too.

I spent most of January re-factoring some overly complex code that handled the game start up, world construction and spawning. We’re waiting on some changes in Unity 5 before we can achieve our principal aims here, so for now the game world we construct consists of a single landmass.

We’ve been travelling since early February, but I’ve been working on the road; adding more complex spawning for animals. Each species now have ecological preferences, including the range of altitudes they prefer to live at, proximity to forests, predators and other environmental factors.

Re-working our spawning systems led me to investigate so called influence maps, which are representations of space, most often used to influence AI, but with many other uses too. For example we might have one map that shows the amount of tribe activity at any given position in the world, or one that shows density of trees. I’ve got a basic implementation working pretty well and it should be useful in a number of areas once I’ve worked out a few issues.

Since this post is lacking in pretty things, here’s a picture of a miniature village at the Chicago Field Museum. 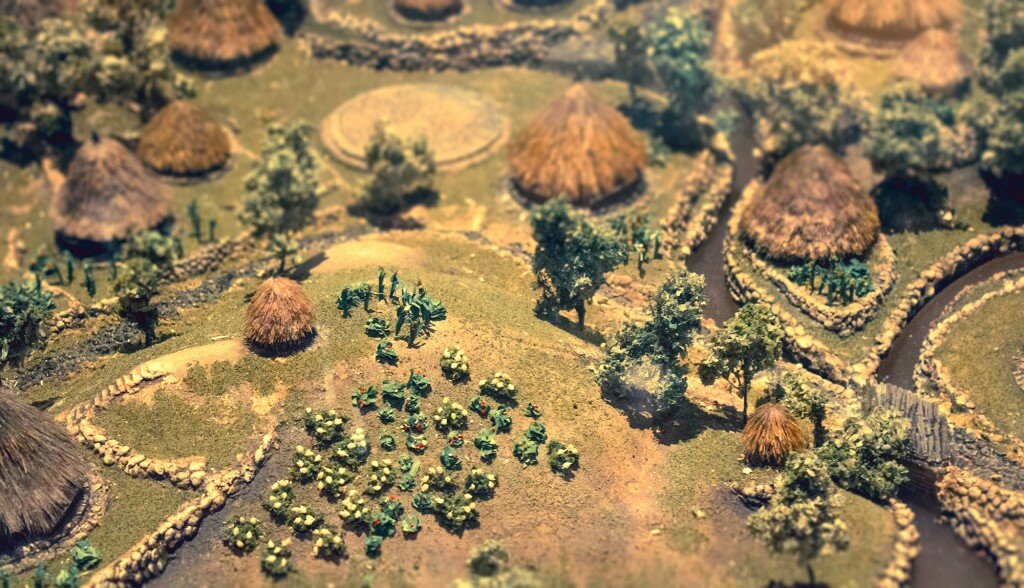 In April, we’ll be bringing in another programmer to join me and Pal (yes, it’s just the two of us at the moment) and Petur is hopefully going to take a break from Rust to help out with art. I’ll be away for another two weeks, so the next update will be in April, when I’m back in London working full time.

I cant wait until this game is out. I realy wanna play it,i like the picture,the style of this game a lot. Really,this is the only game i have seen in the past years,what i like very much,because is just about survival in the wild XD!

Keep up the good work guys. I and surely others (at least those who played rust) will be curious about this game. I still enjoy Rust, even tho I feel much can be improved.

Looking forward to your next post, whenever that may be. Good luck and have fun ; )