In-case you missed it, we released our first trailer earlier this month! Me and Jenny flew out to Las Vegas to introduce Before at The Game Awards.

Making a trailer wasn’t something that we had planned, so when Geoff Keighley asked if we’d like to show something at the awards we had to switch gear and work long hours through November to get it together. I’m happy with how it turned out, and really thankful to everyone who helped make it (you know who you are!). 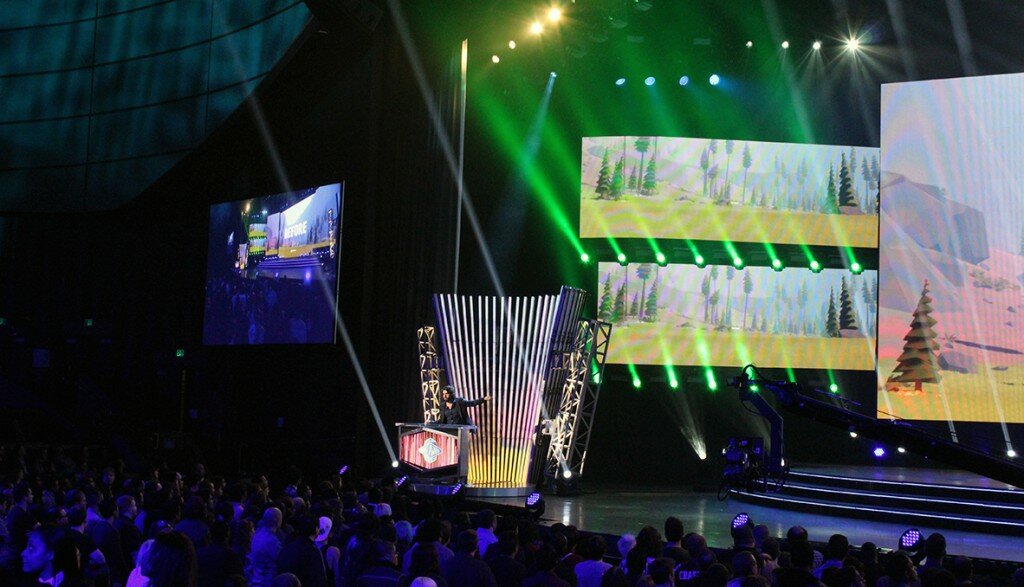 It’s a cinematic trailer, all captured in the Unity editor. The idea was to paint a picture of the world, the atmosphere and tone of the game; giving people a glimpse of the kind of things that will be happening when you play.

We won’t be doing another cinematic trailer any time soon, next time it’ll be gameplay!

One of the most exciting things about releasing the trailer was finally letting people hear the main theme music that Jenny has composed. For me, the theme conveys perfectly the tone of the game. It’s beautiful, but also raw, primal and unnerving in parts. It also serves as a starting point for one of features I’m most excited about.

Music is going to work in two ways: diegetic and non-diegetic, or rather “inside” the game world, and “outside” of it.

We’ll be dynamically arranging music as you play, based on different factors and events. So you’ll hear different lines and motifs play at key moments during gameplay, for example a change in the weather or at the violent conclusion of a hunt.

You’ll also see and hear people playing drums, chanting and singing. Eventually we want the music created by your tribe to reflect their characteristics, cultures and even history.

The voices you can hear in the main theme are that of Jenny and her father Phil Minton, who has also done some voice recording for the cavemen. We’ll be recording with more singers and vocalists in the future, and will put together a blog about that process and share some previews of how things are sounding in a few months time.

Making the trailer took up most of our time since the last blog, but it pushed us to implement some new features and improve others along the way. The basics of our Biome system are working nicely, which means Biome specific seasonal changes and weather are going in too.

We also identified a few slowdowns in our scene production pipeline, and I’m writing tools to make it quicker for us to put together new areas for gameplay. The game world is made up of islands of various sizes that will be randomly spawned and positioned when you start the game.

We’re waiting on some improvements to the navigation systems in Unity that will make this possible (you can’t move a navigation mesh at runtime right now), so for now I’ll keep working on the tools we need.

Pal has been crunching away in the background, moving towards another big milestone with our AI. We’ll do a more detailed blog about these systems when they’re implemented.

Lots of questions have popped up in the various comments and tweets since we released the trailer, so I thought I’d answer the most common ones.

When will the game be released?
When it’s done.

Will there be an alpha/beta I can play?
Probably, but we’re not committed to early access yet.

Will the game be released on consoles?
Maybe. We’ll try it out when the time is right. Desktop first (PC, Mac and Linux).

How does the game play?
Mostly from a top-down camera, but with other modes available. You can click on people and tell them to do things. The core of the experience is the relationship between player agency and AI autonomy.

It’s not Rust without textures. It’s offline and single player (for now).

Needless to say, it is the holiday season. So I will be lighting the fire, dragging the carcass of a dead animal back to my cave and feasting on the raw fleshy goodness.

Whatever you’re doing, have fun and we’ll see you in the new year! 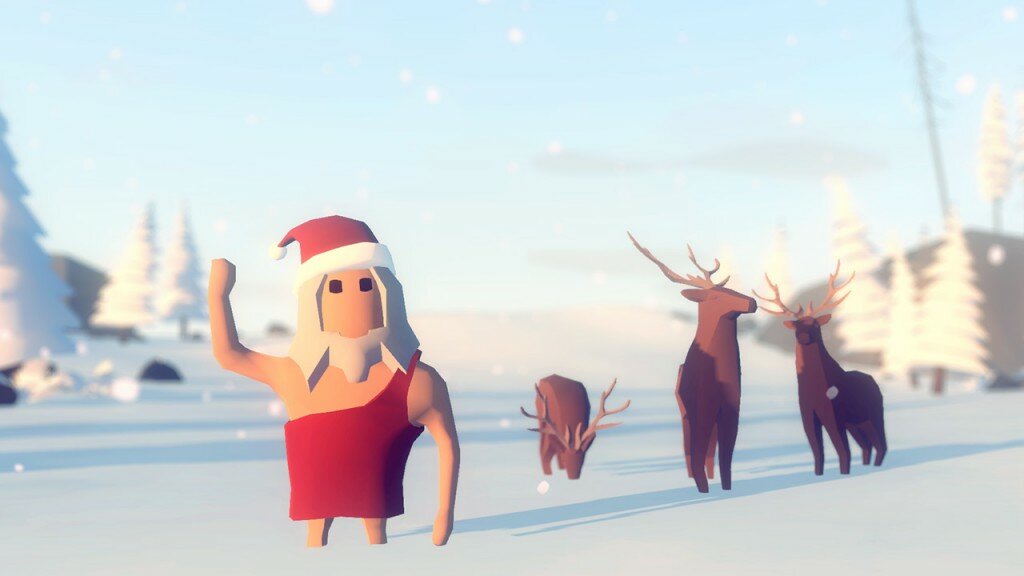 I love the style! and the gameplay seems similar to something i used to dream of!

if you read these forums and are open to suggestions, I loved the preview video, but thought the eyes of the characters should blink.

Also let me just say i would give one of my legs to work on such an interesting game! you guys are very lucky indeed!

One more also, if you maintained a fairly consistent blog update i wont forget this game, and would probably talk with colleagues every time you release interesting information...just FYI

keep up the great work!

You spent all your time trying to polish a trailer of a prototype game ?

You put everything on FX but 0 on gameplay and content ?

Oh and no multiplayer ?

Haha nice job, but without me

@HerezyVoid Sorry, we'll try and behave and work in exactly the way that you say we should from now on! Please, let us tailor the game to your specific needs and desires! We live to serve you, oh glorious anonymous stranger!

will the game be available on mac?

And when the game itself will be released?

Really looking forward to this game. Been waiting for a "prehistoric" survival/sim for years.

Also, check this man's compositions http://www.neonymus.com/en/ maybe you can find inspiration here or want to contact him for the Before project lol ;D